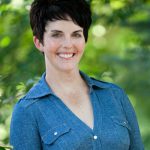 Integrating real life products into free-to-play online mobile games can be mutually beneficial for brands and developers. Case in point is Nordcurrent: a Lithuania-based international publisher and developer of free-to-play and casual games for smartphones and tablets.

In late 2017 Nordcurrent formed a partnership with Coca-Cola, placing one of the world’s most iconic brands prominently into the wildly popular free-to-play game Cooking Fever. This game allows players to create and serve dishes in their own virtual restaurant.

Canadians have gotten Cooking Fever; Canada has been one of its largest markets in the number of players and revenue share since the game initially launched. Since the release of Cooking Fever, there have been more than five million downloads by Canadian players.

Product placement in television and movies is nothing new. But the Internet steadily continues to pull consumers away from their TVs with countless free gaming experiences to choose from. However, it may be opening up previously unexplored avenues for both game developers and marketers.

As consumers tend to be resistant towards advertising in games they have paid for, the world of free games offers a unique advantage. Studies dating back to 2013 affirm that gamers have a more positive attitude towards branded products that are integrated into their games1.

Nordcurrent’s case serves as an excellent example of how product placement can be effectively integrated. For the game player, it is a seamless experience. Players appreciate the fact that there is no commercial interruption in their entertainment or a distracting advertisement banner blocking part of the screens.

According to Nordcurrent CEO Victoria Trofimova, when Coca-Cola expressed an interest in advertising, their team was immediately receptive to the idea. Nordcurrent saw the addition of Coca-Cola branded products in the game as a way to add authenticity to the Cooking Fever gaming experience with soft drink dispensing machines, glasses and décor that resemble what one sees in real diners and cafes.

Unlike most branded content being placed in a game in one location, Coca-Cola products are part of the game. As players progress through the game, they can upgrade to different versions of Coca-Cola branded products. The Coca-Cola brand is always front and center of the gamer.

“The Coca-Cola brand integrates seamlessly into Cooking Fever as serving soft drinks is one of the main mechanics of the game,” says Trofimova.

That Coca-Cola is a globally-recognized brand benefits Nordcurrent. Coca-Cola’s built-in association to the game has served to raise its profile. Loyal brand users are potential new advocates for the Nordcurrent’s game and a means of positive exposure amongst the millions of online gamers sharing information and opinions via social media platforms.

In turn, for Coca-Cola, the partnership means exposure in a game that has been downloaded almost 200 million times by consumers around the world. Cooking Fever is averaging between two and three million new players every month. Coca-Cola’s brand is in front of millions of gamers over and over again in countless ways as they progress through each level of the game.

“The feedback has been mostly positive with people saying thanks for bringing their favourite drink to the game. Of course, there have been some negative comments from the millions of fans that play the game, but the majority of actively communicating players are quite happy with our decision to add Coca-Cola branded products to their gaming experience,” says Trofimova.

Another benefit of the partnership between Nordcurrent and Coca-Cola are new offers being presented to consumers through the game. Nordcurrent is planning to include more special Coca-Cola content and run competitions based on the brand’s integration. Cooking Fever enthusiasts will begin to see enhancements to the game with even more authentic and recognizable content. Coca-Cola will benefit from a continued positive association of their brand with those enhancements.

Finally, Nordcurrent sees the benefits of their partnership with Coca-Cola as a means to attracting even more advertisers who want to be part of their game in the future.

“We have had requests for more real food and drink brands to appear in the game, which adds to our ongoing efforts to attract more potential in-game advertisers. Food is a universal topic with many brands operating internationally, which would benefit from exposure to a global, highly engaged game audience. We have an open-ended agreement with the Coca-Cola company and will develop the partnership further based on ongoing results. The initial months have been very promising, so we hope to continue this collaboration and expand it with more content and other ideas,” adds Trofimova.

Neale Orinick is a freelance writer. 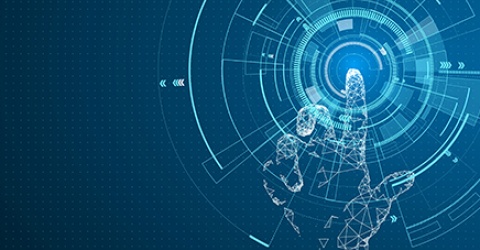 Home, now more than ever, for the call centres

Why and when to use AI-based marketing modelling

Ensuring the connections with your customers

Marketing in a world of fragmented media