With so much at stake, EDC Economics foresees near-term resolution that should reignite growth

OTTAWA–There is a strange dichotomy at play in the global economy.

On one hand, global growth is slowing, led by weak business investment and trade. But the other, on the consumer side, the picture is much better; job creation continues, unemployment is low, and consumer spending is holding up.

It’s clear a global economic downturn isn’t necessary – but could it still happen?

“This is a high-stakes game. If there is a recession, it will be a self-inflicted wound. Avoidance depends critically on resolution of trade disputes,” said Export Development Canada’s Chief Economist Peter Hall upon releasing the biannual Global Economic Outlook.

Today’s polarized performance traces back to inadequate growth following the last recession, which left millions of people feeling left behind. That sentiment contributed to the election of populist leaders who, in turn, implemented policies that have ignited trade spats and disrupted the established order.

High-profile tensions like those between the U.S and China, and between the U.K. and EU, are upsetting trade flows and causing business to delay long-term investments.

“Economic fundamentals strongly suggest that a downturn is unnecessary. Instead, this time around, the fate of the near-term economy rests on policy decisions,” Hall said. “With so much at risk, we foresee a near-term resolution that should re-ignite growth. Escalation of current trade tensions will almost certainly tip the world into recession.”

These issues are explored in EDC Economics’ Autumn 2019 Global Economic Outlook. Given current slowing, EDC now expects global growth to slip to just 3.0 per cent in 2019 – the worst performance in a decade. However, resolution of trade friction by mid-2020 will restore investment and trade flows, returning growth to 3.6 per cent in 2020, and accelerating further to 4.2 per cent in 2021.

Canada’s fundamentals are not as strong than in many other OECD countries. Still, the global revival, coupled with a stable and mildly-appreciating Canadian dollar supporting export growth, will offset consumer weakness enough to generate 2.1 per cent overall domestic growth by 2021.

Resolving key trade impasses – a decision now in the hands of very few players – is in everyone’s best interest.

Resolved trade tensions and stronger global demand is expected to pull up Canada’s economy in 2020 and 2021.

Canada’s more immediate economic outlook remains relatively subdued, despite a short, sharp increase in the second quarter of this year. EDC Economics forecasts Canada’s GDP to grow by 1.6 per cent in 2019, before accelerating to 1.9 per cent growth in 2020.

Exports will turn in disappointing overall results this year, and capitalize on higher global demand in 2020 and 2021.

The United States is expected to defy the recession currents sweeping across the world’s other major economies, with solid growth of 2.4 per cent in 2019 and 2.5 per cent in 2020.

Given the rising costs of the U.S.-China trade tensions – increasingly hitting U.S. consumers – we expect resolution of the bilateral trade dispute by mid-2020.
Domestic policy uncertainty and mounting external risks are taking a toll on Mexico’s economy, where growth prospects are lackluster for 2019 and 2020.

Amid escalating trade tensions with the U.S., China’s economic growth moderated in the third quarter to its slowest rate in more than two decades, and is now expected at 6.1 per cent for 2019.

While India’s economy has also slowed this year, due to weakness in manufacturing and agriculture, it looks set to improve going forward on the back of lower oil prices and easier monetary policy.

The United Kingdom is expected to grow by a restrained 1.1 per cent in 2019 and 0.9 per cent in 2020, in the context of elevated volatility and Brexit uncertainty.

About EDC
Export Development Canada (EDC) is a financial Crown corporation dedicated to helping Canadian companies of all sizes succeed on the world stage. As international risk experts, we equip Canadian companies with the tools they need – the trade knowledge, financing solutions, equity, insurance, and connections – to grow their business with confidence. Underlying all our support is a commitment to sustainable and responsible business.

There is no more story.

OPSEU First Vice-President/Treasurer: Capping wages is a waste of time, effort, and money 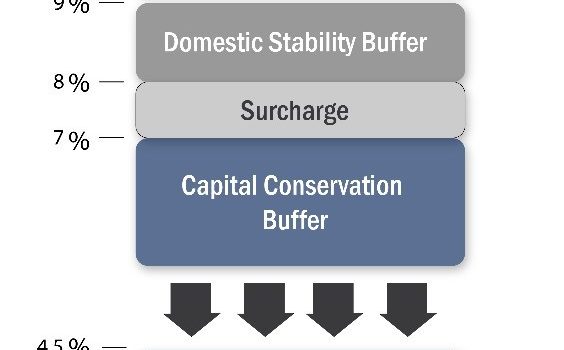