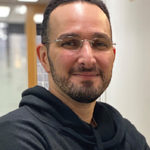 The rise of FinTech companies around the globe opened the Pandora’s box on the question of who owns the financial data and what will they do with it?

The way that the current financial services ecosystem operates in Canada, and in most countries, other than notably the U.K., is that the banks, not their customers, own customers’ financial data. At least not yet.

Moreover, this financial data, such as balances and transaction histories, are often unorganized and siloed, so much so that it limits a bank’s ability to access and use them in a meaningful way. Even when the information is accessible, a bank’s IT infrastructure often cannot compete with innovative FinTech startups that are more agile and hyper-focused on solving specific financial challenges.

Consumers (especially Millennials) now expect — and demand — the same level of choice, control, user experience, security and innovation that they receive from other industry’s products and services. Consumers are, as a result, fuelling a major disruption in the financial industry, turning partially (if not wholly) to bank alternatives.

To help smooth the transition into a future with superior financial services, a collaborative model between financial institutions and FinTechs aims to bridge the gap between data, banks, consumers and technology. It’s called open banking.

What is open banking?
Open banking is a much bantered and hyped term. So, what is it, exactly? Open banking is a collaborative model or set of objectives for how banking should and could work. As my company’s FinTech partner Flinks puts it, it’s “The promise of access to data across platforms and institutions.”

In this new banking model, banking data is shared between major banks and third-party players, such as FinTechs. But ultimately, open banking gives consumers control over their own financial data.

The consumer — and only these individuals — decides how, when, where and whom to share their financial data. For example, if they decide to purchase a flight online using their debit card rather than with their credit card, they can grant access to their financial data for that particular use case. In an open banking ecosystem, the consumer’s major bank would allow the third-party application to access their information.

Open banking in Europe and the U.K.
Open banking regulations came into effect in Europe in 2015 in an effort to bring innovative, new businesses to the financial industry and lessen some of the hegemony of European banks. In 2016, the U.K. used this same set of rules to force major banks to collaborate with FinTech companies. This meant that if and when a consumer requested or allowed a FinTech to access their financial data, the bank must allow it.

Perhaps unsurprisingly, open banking use-cases are gaining momentum in the U.K.. According to reports from the Open Banking Implementation Entity, there were 110.5 million successful use cases of open banking APIs (application programming interfaces) in August 2019, up from 4.2 million in August 2018.

Open banking in Canada and the U.S.
The Canadian government announced in 2018 that it would explore the merits of open banking. Since then, legislation has been slow-moving for various reasons, including privacy and security concerns and its potential impact on the stability of the Canadian financial system.

Likewise, 2018 research in the U.S. suggests that customers have trust issues when it comes to their financial data. Almost nine in ten American consumers said they are concerned with sharing their financial data with third-party services. Yet 56 percent would like to control the access to their information: which is inherently baked into the set of guidelines of open banking.

Adopt and adapt
According to Accenture’s open banking report, open banking is coming whether we like it or not. Already, nearly one-third of banking customers already use FinTech apps.

As with all disruptive technologies, there are early market adopters, mainstream adopters and skeptics or late adopters. Regardless of where along the adoption curve consumers fall, banks must position themselves to empower customers with the choice to adopt or not and make it a seamless transition when they do.

Open banking — and the future of financial services — requires collaboration, cooperation, innovation, security and trust between all parties involved. “That is their biggest challenge,” said Andrew McFarlane, Accenture’s managing director, Canadian Payments Practice Lead and Global Open Banking Lead. “Can [banks] be innovative and offer new products and services, or will they stay cautious and be unable to face down FinTechs and challenger banks that are waiting for the start of open banking?”

Open banking payments
FinTech companies, such as VoPay, bridge the gap between major banks, consumers and businesses. They offer technology that allows businesses to accept, collect and send direct bank payments just like credit cards, meaning they can instantly access all available funds for consumers while reducing of costly non-sufficient funds (NSFs).

It’s time to adapt and adopt. Or risk getting left behind.

Hamed Arbabi is founder and CEO at VoPay.

Why Connected Banking is the Future

Why Turn to Digital Decisioning?

The Changing Face of Canada’s Accountancy

The Future of ATMs

Cybersecurity More Important Than Ever