The Future with CUSMA

The Canada-United States-Mexico Agreement (CUSMA), also known as the USMCA will, when, (but increasingly looking like ‘if’) ratified, provide a renewed foundation for trade between all three countries. CUSMA is to replace the North American Free Trade Agreement (NAFTA).

CUSMA was signed by Prime Minister Justin Trudeau, U.S. President Donald Trump and Mexican President Enrique Peña Nieto on November 30, 2018. Yet to date only Mexico has ratified it, by the Senate, on June 20, 2019. In the U.S., the new trade agreement has been buffeted by strong political divisions between a Democratic-controlled House of Representatives and a GOP-controlled Senate, with looming elections next year. In Canada, it also became an issue in the run up to this fall’s federal election. 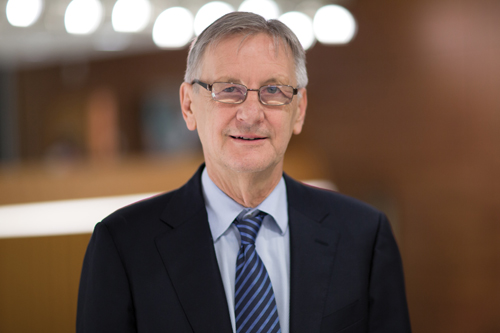 To understand the impacts CUSMA will have on Canada’s asset finance industry, and what lies in store for the agreement, Canadian

Canadian Equipment Finance (CEF): What will be the effects of CUSMA, as signed, on the industry?

Dan Ciuriak (DC): There is a modest degree of improvement in financial services market access in terms of new time limits for assessments of applications for letters patent in starting up a new financial institution. There is also greater certainty concerning the future regime for data transfers across borders. Although the scope for “legitimate” regulation of data remains highly unclear, in particular as regards what restrictions and regulations will be deemed necessary for national security in the “backbone” economic infrastructure areas: transportation, communications, energy and finance. Also, in addressing issues related to privacy and safeguarding election integrity.

CEF: Will CUSMA be a superior or an inferior agreement as compared with NAFTA for this sector and why?

DC: From a regulatory and a market access perspective, the asset finance sector should feel no palpable difference. But from the perspective of the dynamism of the economy that the sector serves, the agreement is inferior in our estimation.

This reflects the design of the CUSMA’s rules of origin for the automotive and heavy industry sectors, which is intended to drive increased trade diversion towards the North American market. This, in turn, implies less efficiency in the North American economy as a whole and thus lower real economic activity.

Although the rules of origin primarily affect the industrial sectors, much of the reduction in real growth will flow through to the services industries based on our analysis, which shows the financial services sector in Canada absorbing about US$2.5 billion in reduced revenue. Slower domestic economic activity far more than offsets some increase in export earnings.

CEF: Drilling into the specifics, what impacts would CUSMA have on the market, cost and features of personal, fleet and commercial vehicles? For marine, rail and transit? For construction equipment? For industrial equipment (e.g. agricultural, fishing, forestry, manufacturing, mining, oil/gas extraction)?

DC: The primary sectors are minimally affected and the heavy industry sectors (chemicals and metals) are favoured by the agreement. Industrial equipment supply for these sectors is thus unlikely to be impacted to any significant degree, positively or negatively. Manufacturing is only modestly impacted due to the lowered overall demand.

Where the income reduction implied by the CUSMA does bite, however, is in the transportation and construction sectors, which will see weaker demand and thus reduced revenues. Transportation might also be affected by the commitments for stricter enforcement of rules of origin (which are partly motivated by the U.S. desire to ensure that Chinese products or inputs do not enter the U.S. market indirectly); stricter enforcement implies thicker borders and higher border transit costs.

CEF: What effect will the new agreement have on residual values?

DC: The new trade arrangements for North America feature greater uncertainty about future market access, which might factor into financial risk calculations and thus into structured finance arrangements. This heightened uncertainty reflects the new “sunset clause”, which puts longer-term planning at increased risk of future change. Also, that the new agreement does not eliminate the application of unilateral protection tools that the Trump Administration has dusted off and applied vigorously: e.g. the Section 232 “national security” tariffs.

How much weight the market will actually put on this remains to be seen. Particularly as the heightened risk in the North American market context has to be evaluated in light of the still greater increase in uncertainty surrounding global market access due to the escalating disruption of the trade regime instigated by the Trump Administration.

CEF: We understand that the U.S. Congress is holding up CUSMA. What changes is it seeking to make? What impacts would they have?

DC: The main issues that have been raised by U.S. Congressional leaders concern the labour market measures and enforcement mechanisms for the labour and environmental commitments. These concerns are unlikely to have any implications for asset finance.

CEF: In the event that Congress insists on these changes, would you expect, in turn, any changes to CUSMA in Canada? And if so, what might they be if the Liberals are returned to power? If the Conservatives form the next government?

DC: Any changes that arise because of Congressional concerns are likely to affect Mexico rather than Canada. It is hard to see this being a source of partisan divide in Canada.

That being said, should ratification die on the order paper in Canada before the election, it should be borne in mind that, as Conservative opposition leader, Andrew Scheer criticized the agreement as failing to defend Canada’s interests. Whether a Conservative government would seek to re-open the agreement given the chance is thus also a potentially open question.

CEF: What happens if CUSMA is not ratified?

DC: In the first instance, nothing happens. President Trump has threatened to withdraw from NAFTA in order to put pressure on Congress to ratify the deal, but he has (to date), not done so. So, NAFTA remains in force as a backstop.

In the second, the best of all outcomes for Canada is that CUSMA fails and Congress blocks NAFTA withdrawal, leaving the status quo in place. It is difficult to see any implications for the asset finance industry, however, apart from how markets will evaluate risk associated with future market access.

CEF: What you be your advice to lenders, lessors, owners and lessees facing such uncertainty and potential outcomes?

DC: The main issue that emerges from our evaluation of this new agreement is the rise in uncertainty about future access to the U.S. market. For companies making long-term commitments based on such access, from whichever side of the deal—lessor versus lessee or lender versus borrower—this means paying greater attention to asset risk management.

Stepping back and looking at the broader global context, Canada’s trade diversification push is likely to continue, meaning greater focus on the Pacific Rim and the European Union in particular. Companies will be looking to hedge their own risk by diversifying their client base; the asset finance sector should be prepared to support this.

Are you financing robots? You Will Be. And should Be.