The British Columbia Ferry Service (BC Ferries) is one of arguably Canada’s best known and patronized transportation companies and one of the world’s largest ferry operators. Its highly varied fleet of 35 vessels operate safely year-round, carrying vehicles, passengers and cyclists on 25 routes to 47 terminals, serving urbanized areas and remote coastal communities, in protected waters and wide-open straits and in ever-changing weather amidst spectacular scenery. 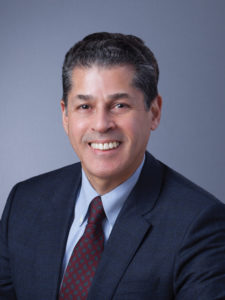 All told, in 2018 BC Ferries carried 8.7 million vehicles and 22 million passengers. These include foot-passengers using mass transit to and from Metro Vancouver (TransLink) and Victoria, Nanaimo and the Sunshine Coast (BC Transit). The company experiences high demand in the summer, on weekends and holidays and it has a growing commuter market to Metro Vancouver.

Moreover, BC Ferries is one of the province’s largest hospitality providers. It serves millions of people: with big rushes for its buffets, cafeterias and cafes on its major routes within 30 minutes of boarding. It is also a leading retailer with popular on-board gift shops on many of its vessels.

All of the factors create a busy and complex payments environment. To help manage it, BC Ferries has been rolling out debit card acceptance, initially for foot passengers, cyclists and for food service and gifts, since October 2018. The new programme joins its existing payments array, both cash and credit cards and also online prepaid and loadable Assured Loading Cards and The BC Ferries Experience™ Card.

Payments Business (PB): Let’s set the payments stage. What is the amount and breakdown of BC Ferries’ revenues?

Erwin Martinez (EM): We are currently finalizing our figures for the fiscal year (FY) ended March 31, 2019, so I will cite from our FY 2018 figures. Annual revenues total $899 million. Retail revenue is $98 million, which is 11 per cent of the total. The largest components of our $899 million revenue are vehicle and passenger fares at $618 million and provincial fees (which may be called subsidies) at $179 million.

PB: What led to BC Ferries to offer debit payments? What objectives did you set out for it?

EM: We have heard from our customers for quite some time that they would prefer to have the option to pay with debit cards. So, our primary objective was to meet the stated customer need in a reliable manner and without adding time to each transaction at the register. Reliability is very important in that we did not want to frustrate our customers with attempting debit transactions only for them to fail due to some technical connectivity issue.

PB: How unique is your debit payments programme?

EM: We believe we may be one of the only commercial services supporting debit card transactions on a moving platform in North America, and maybe even the world. By moving platform, we mean mostly ferries, trains and buses. We researched this a couple of years ago and found some trains and bus services were taking debit cards, but learned it was only while they were in the stations: not while they were moving/in-transit. We have yet to validate this with any entity such as Interac.

PB: Outline the programme, including rollout.

EM: We worked on the technology starting in late 2016. And then we did extensive testing to make sure it was reliable and would stand up in varying weather conditions and under peak transaction volumes.

At this time all routes that are assigned with vessels that take credit card transactions now support debit. The vessel rollout is complete.

PB: Which companies have you partnered with?

EM: Our vendor partners are:

PB: What challenges have you faced?

EM: The number one challenge is maintaining stable ship-to-shore network connections for ships during their voyages, irrespective of route and location of the vessel. A little-known fact with the public is that it is possible to take credit card transactions while off-line to the payments network, but it is not possible to accept debit card transactions when off-line. Our challenge was then to maintain a very high level (approximately 99 per cent) of connectivity reliably throughout each day, regardless of weather and route.

PB: How were they—and how are they—being overcome?

EM: The technical approach we have taken includes using the cellular network in the south and satellite connections in the north. Each vessel has redundant systems to allow automatic fail-over in case one modem connection fails.

We implemented this and tested it for quite some time to make sure we could consistently obtain the approximate-99 per cent target. This was achieved for all southern routes, including, significantly, our major routes connecting Vancouver, Victoria and Nanaimo. On the northern routes we achieved 82 per cent to 98 per cent connectivity, depending largely on weather conditions. Despite not meeting our 99 per cent target in the north, we decided to roll out debit there as it would be better customer service to support debit when possible rather than to not support it at all. The northern routes use satellite exclusively during the vessels’ voyages; there is very little cellular data coverage available along them.

PB: What have been the results so far?

Since February of this year this trend has been steady. We are not sure what the trend will be in the summer, when there are a greater mix of local and out-of-province tourists.

PB: What are the next steps?

EM: We are studying to determine whether we can take debit cards at the vehicle ticket booths based largely on whether we can do so without slowing down the transaction process and avoid backups that make customers wanting to catch the next ferry anxious and frustrated. We are considering making the change to debit at the booths to coincide with the general deadline to stop acceptance of swipe-only credit cards by October 2020. We also have some plans to look into integrating payments with TransLink for example, so that foot-passengers can enjoy seamless rides, but it is too early to speak to solid plans in that regard. We appreciate that our customers are travelling point-to-point where a trip on a BC Ferry vessel is just part of that travel goal.