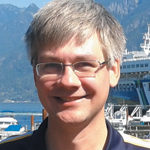 With so many potential crisis events threatening global trade and security, most economists are even more gloomy than usual about the future. Canada’s economy has not been spared and is expected to grow slower than last year despite continued high population growth, a low unemployment rate and reasonable wage gains.

The impact on the Canadian asset finance industry from these trends has been mixed, according to the 2018-2019 CFLA Canadian Market Overview (CMO), prepared by Quantitative Economic Decisions, Inc. on behalf of the Canadian Finance & Leasing Association (CFLA).

The asset-based finance market in Canada continued to grow in 2018. Total new business volumes climbed to 1.1 per cent to $129.5 billion in 2018, but down from the 7.4 percent growth recorded in 2017. Growth in the fleet vehicle market offset weakness in the machinery and equipment (M&E) market. But the outlook for 2019 is positive, growing at 4 per cent overall. Even so, this could change depending what happens next in the Canadian economy.

Uncertainty causes
Uncertainty stemming from the Canada-United States-Mexico Agreement (CUSMA) negotiations to as well as fears over widening tariff wars and their impact on global trade helped dampen growth in 2018. They also have curtailed the Bank of Canada’s plans for further interest rate increases.

Canada is not alone; economists anticipate slower economic growth in most major markets around the world in 2019 and 2020. This will also impact the Canadian economy by affecting export markets and the cost of imported goods, including M&E and vehicles.

The U.S. economy, fueled by tax cuts, grew 2.9 per cent in 2018 but will slow to 1.8 per cent by 2020, while Europe and Japan will grow about 1.7 per cent and 1 per cent respectively in 2019. China’s growth continues to slow from its torrid pace over the last decade and at 6.3 per cent in 2019 will be eclipsed by India’s, which will grow by 7.3 per cent. With dramatic geopolitical risks and the looming threat of escalating trade disputes having the potential to significantly disrupt economic growth around the world, this outlook is looking increasingly optimistic.

Asset spending dips and rises
Of the Canadian asset markets, new M&E spending is expected to be sluggish in 2019 despite the federal government’s Accelerated Investment Initiatives, introduced in the 2018 Fall Economic Statement meant to stimulate investment spending. At the same time, DesRosiers Automotive Consultants anticipates further softening in motor vehicle sales in 2019 before growth resumes in 2020. The following chart shows the determinants of asset-based finance market growth along with their outlook for 2019 and 2020.

Statistics Canada’s survey of public and private investment intentions for 2019 anticipates a 1.2 per cent or $1 billion rise in public and private M&E capital spending this year, following a 4.1 per cent increase in 2018. Growth in spending on new equipment varied across the country in 2018, with strong gains in the eastern half of the country and British Columbia being offset by declines on the Prairies.

Spending patterns are expected to shift significantly in 2019, with Manitoba making strong gains while Alberta and the Atlantic Provinces lose ground.

There were also large differences in M&E spending across industries in 2018. Double-digit gains were reported for manufacturing, wholesale trade, information and cultural industries, arts, entertainment and recreation, other private services, educational and government services. But this strength was offset by declines in many industries, most notably, with double-digit declines, in the mining and utilities sectors.

In 2019, the transportation and warehousing sector and the finance and insurance sector are anticipated to see spending on new M&E grow 16 per cent. But the retail trade, accommodation and food services, other private services and government services sectors are all expected to see their spending shrink by more than 10 per cent.

Financial market developments
The long-awaited rise in interest rates that began in July 2017, saw the Central Bank Rate rise from 0.75 per cent to 2 per cent in October 2018. Deteriorating confidence in the global economic environment led the Bank of Canada to expect slower economic growth and a reduction in inflationary pressures. As a result, the Central Bank Rate remains at 2 per cent and is not expected to change for the next few years. The Bank of Canada continues to stress that its inflation targeting policy is both symmetric and flexible: meaning that interest rates could rise or fall if inflationary pressures deviate from their target range. 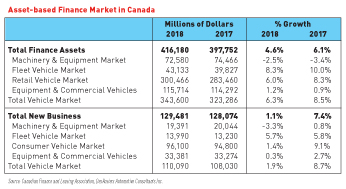 Considerable attention is currently being paid to yields in the bond market. In a normal economic environment, bond yields rise with the length of term to their maturity and are, in particular, higher than yields in the short-term money markets. This pricing behaviour reflects a premium paid for the rise in uncertainty inherent in a long-term bet on economic performance relative to the near term. This argument is reversed when short-term rates exceed long-term bond yields. This is referred to as an inverted yield curve and reflects a prevailing view by markets that near-term economic performance is likely to be significantly worse than anything that they could expect over the longer term. The yield curve in Canada is expected to be flat in 2019 and 2020 with rates for both 3-month Treasury bills and 10-year Government of Canada bonds remaining at 1.65 per cent in both years.

As a major producer of oil, the Canada-U.S. exchange rate often tracks the price of oil quite closely, but uncertainty over global trading relationships is fuelling volatility in currency markets. The Canadian dollar averaged US$0.77 in 2018 and is forecast to depreciate to US$0.75 in 2019 and 2020. The value of the Canadian dollar, however, remains vulnerable—both on the up- and downside—to shocks in commodity prices, U.S. and domestic public policy and other global events.

Notably, the federal government continues to support the securitization of equipment and vehicle lease and loan portfolios through the Funding Platform for Independent Lenders (F-PIL) programme. The programme is a public-private partnership between the Business Development Bank of Canada (BDC) and TAO Asset Management. It provides funding on commercial terms and on a match fund basis to independent small and medium-sized finance or leasing companies that extend financing for vehicles and/or commercial equipment.

Asset-based market changes
New business activity in 2018 was led by the fleet vehicle market, which grew 5.7 per cent, followed by the market for M&E (excluding commercial vehicles) at 3.3 per cent. However, the retail vehicle market was limited by the decline in units sold to 1.4 per cent. As a result, total assets financed rose 4.6 per cent in 2018 to $416.2 billion: down from the 6.1 per cent growth of the year before.

The rapid growth of new light vehicle sales in Canada following the 2009 financial crisis came to a halt in 2018 as rising interest rates, rising prices and the dearth of new drivers combined to slow unit sales by 3 per cent. DesRosiers Automotive Consultants expects sales of new light vehicles to slow again in 2019 before possibly rebounding in 2020. Conversely, the fleet vehicle market segment has performed well since 2009. The fleet share of total new vehicle sales has recovered from a financial crisis low of 12 per cent to about 17 per cent, which is similar to its share from 1997 to 2006.

The penetration rates for the consumer new motor vehicle sales segment are based on units sold (the dollar value ratios are very similar to those for the units). New leasing business for new and used retail vehicles is forecast to reach $27 billion in 2019 from $26 billion in 2018. While the lease rate on new vehicles is still below the 2005 peak of 45 per cent it is rapidly approaching that level. The lease penetration rate remained at 37 per cent in 2018 and expected to be 39 per cent in 2019. The overall share of new consumer vehicles financed is relatively constant at just over 90 per cent.

Note: This Annual Report presents the highlights of the Canadian Market Survey 2018-2019. A more detailed version is available to CFLA members on its web site (www.cfla-acfl.ca).