Data is money. It can be used to sell, cross-sell and upsell, like for equipment, add-ons, repairs, service plans and lease renewals. Data also can be sold to third parties.

The growing popularity of the Internet of Things (IoT), which collects vast quantities of valuable data from equipment, including robotics, has raised the question of data ownership, including:

Which entity owns the data, under either loans/borrowing, including against the assets, and leasing?; and

How is that data valued and figured into the pricing of technologies like robotics and in the residuals? Or is this data-as-a-service? 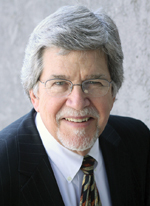 These questions were posed to the Equipment Leasing & Finance Foundation (The Foundation), which published a study, Robots, Cobots and Finance (see related article). They were answered by Paul Bent (left), senior managing director, The Alta Group, which researched and wrote the study, on behalf of the author team.

“The issue may be addressed by distinguishing between performance data and usage data.

“Performance data are generally the details and information concerned with the performance or operation of the device itself. That is, the indicators of underlying processes, statistics regarding wear and erosion or dissipation of physical components, measurements of efficacy and reliability and similar performance indications.

“Usage data, on the other hand, are generally measurements of the extrinsic activities carried out by the device in conducting its intended purpose. Like measuring:

Tracking where an autonomous vehicle goes in reaching its intended destination; and

Measuring how effective an agricultural robot is by counting the number of tomatoes it picks in an hour and how well preserved the harvested crops are when they arrive at a warehouse or silo.

“Although we did not emphasize this distinction in our study, I think it was inherent in some sections of the text,” said Bent. “For example, on page 7 we note that a ‘potential offset to [concerns over costs] is the monetization of the data collected by advanced robots.’ In the same section we go on to say that a ‘primary feature of new generation robots is the increasing use of sensors that capture data that can be used to create supplemental revenue sources,’ meaning supplemental to the specific intended use of the device.

Bent added, “In another context, on page 28 of our study we note that ‘investment capital is being applied to efforts to monetize the plethora of data created by the sensors so critical to most robotic applications.’”

Distinction examples
“Although clearly not a ‘robot’ by nature, a modern aircraft jet engine offers a good example of this distinction,” said Bent. “Some engines now include several dozen sensors that provide continuous readings of engine activity: rather like a prototype for the IoT that is becoming more and more widespread.

“The manufacturer of the engine, and for that matter the lessor if it is leased, may find such data very useful in analyzing rates of wear of component parts, likely useful lives of rotating elements, and many other such details. We would characterize such items as performance data: providing information regarding how well the engine is doing its job and is likely to do it in the future. Examples of usage data in this context would be how many cycles and hours the engine has logged, what aircraft type it is powering, what load factors and other flight details are related to it, what is its fuel efficiency or how much time is required to take it off wing.

“Perhaps a more ‘robotic’ example would be an autonomous vehicle. Performance data are essential to understanding and tracking how well it stays in lane, how accurately it parks or makes left turns and what its accident record is over time. Usage data may include how positively (or negatively) passengers respond to it, how many trips it may make to a certain destination in a certain amount of time, how long it can sit at idle before it must be taken out of service for a recharge and how big a load it can carry at various charging levels.”

“As noted above, performance data would seem inherently to be the ‘property’ of the owner of the device, whether that is an original user or a third-party owner/lessor (or even a manufacturer under a form of data sharing agreement for purposes of assessing the operation and/or maintenance of the device).

“Usage data, on the other hand, would seem to be in the province of the party who is paying for the actual use of the device. In our case that would be the lessee or operator, that has arguably acquired the right to such data by virtue of its ‘quiet enjoyment’ and revenue-generating rights under a lease or loan agreement.”