$106 million returned to members and the community

LÉVIS, QC–For the quarter ended September 30, 2019, Desjardins Group, Canada’s leading financial cooperative group, recorded surplus earnings before member dividends of $570 million, unchanged from the same quarter of 2018. These results were driven by a strong performance in the caisse network, offset by a less favourable claims experience on certain life and health insurance products and by narrower interest margins than in 2018 for this segment’s operations. In property and casualty insurance, lower investment income was partly offset by a slightly favourable change in the claims experience, which nevertheless remains high.

The amount returned to members and the community was $106 million, including an $80 million provision for member dividends, $17 million in sponsorships, donations and scholarships, and $9 million in Desjardins Member Advantages. There was also another $4 million in commitments related to the $100 million regional development fund.

Guy Cormier, Desjardins Group President and Chief Executive Officer, commented: “Desjardins Group posted satisfactory third‑quarter results, mainly thanks to the sound performance of the Personal and Business Services segment and, more particularly, the caisse network. Our membership continues to expand, as does our market share in a number of segments, including in residential mortgages in Quebec. These results demonstrate Desjardins Group’s financial solidity and its capacity to deal with unexpected situations.”

Giving back to the community

In addition to the sustained commitment of the caisses in the communities they serve, here are some of the other ways that Desjardins is making a positive difference in people’s lives.

A $625,000 contribution to Fondation Yvon Deschamps, a foundation Desjardins has been working with for the last 40 years, for a new “Palestre nationale” community centre building in Montreal’s Centre-Sud neighbourhood.

A grant of over $2.1 million to support ten community development projects in the Quebec City area, including the Théâtre jeunesse Les Gros Becs project to build the first performance stage aimed at young people from toddlers to teenagers.

Innovating and leading
Desjardins is constantly innovating to meet the needs of its members and clients. Here are just a few examples of the financial group’s recent initiatives and recognitions.

Launch of the fourth edition of the Cooperathon, an event designed to bring hundreds of changemakers together to workshop entrepreneurial projects with strong potential for social impact. The competition kicked off on October 2 at Montreal’s Olympic Stadium.
Inauguration at Complexe Desjardins of Quebec’s first urban vehicle-charging superstation, in partnership with Hydro-Québec and the Electric Circuit.

Desjardins Group’s GoodSpark program, which supports social entrepreneurs, was showcased on the new season of Dragons’ Den, which premiered on September 26.

Issuance on the Canadian market of medium-term notes in a total amount of $430 million.

Issuance on the U.S. market of covered bonds in a total amount of US$1.0 billion.

October 4, 2019 issuance on the Canadian market of medium-term notes in a total amount of $1.0 billion, the first issuance subject to the internal recapitalization (bail-in) regime.
Net interest income came out at $1,372 million, up $86 million or 6.7% from the same period in 2018. This increase was due to continued growth in the entire average portfolio of loans and acceptances outstanding.

Net premiums amounted to $2,326 million, up $63 million or 2.8% compared to the third quarter of 2018. This increase stemmed primarily from growth in activities and in average premiums in property and casualty insurance, and was offset by lower premiums in life and health insurance.

Other operating income(1) totalled $696 million, up $2 million or 0.3% from the corresponding period in 2018. This was primarily led by higher business volumes in payment and financing activities, offset by the recognition of one-time compensation payable by a partner in the third quarter of 2018 as a result of the termination of a private label partnership.

The provision for credit losses was up $54 million from the same period of 2018, to $154 million. This increase was mainly due to the migration of exposures to higher risk ratings in the retail loan portfolio for credit cards. The gross credit-impaired loans ratio, expressed as a percentage of the total gross loans and acceptances portfolio, was 0.60%, compared to 0.50% as at September 30, 2018. Desjardins Group has continued to present a quality loan portfolio in 2019.

Non-interest expense was $1,849 million, down $10 million or 0.5% from the same period of 2018. This decrease was mainly due to lower expenses resulting from the winding down of Zag Bank’s operations and fewer commitments related to the $100 Million Fund during the quarter. This decline was offset by higher salaries due to indexing and growth in operations, an increase in the deferred compensation plan provision for Desjardins agents because of lower interest rates and growth in payment activities, including reward program expenses, and growth in financing activities.

As at September 30, 2019, Desjardins Group had $312.7 billion in assets, up $17.3 billion or 5.8% since December 31, 2018. This growth stemmed partly from a $9.3 billion increase in loans and acceptances, as well as an increase in segregated fund net assets and securities, including securities borrowed or purchased under reverse repurchase agreements.

Results for the first nine months of 2019

For the first nine months of the year, surplus earnings before member dividends totalled $1,663 million, down $85 million or 4.9% from the same period of 2018. Surplus earnings(1) adjusted for the specific item following the creation of Aviso Wealth, i.e., the gain related to the transaction involving Qtrade Canada Inc. and the interest in Northwest & Ethical Investments L.P. recognized in 2018, were up $44 million or 2.7%. This increase was due to continued growth in caisse network activities, offset by lower gains on the disposal of investments in the insurance segments compared to 2018. The increase in surplus earnings was also offset by narrower interest margins and an overall less favourable claims experience in life and health insurance. Also recall that a profit related to the restructuring of Interac Corp. was recognized in the first quarter of 2018. Concerning the privacy breach, the expenses and provisions related to implementing protections for our members (i.e., the credit monitoring service and Desjardins identity protection) were recognized in the second quarter of 2019 and totalled $70 million.

Segment results for the third quarter of 2019

For the third quarter of 2019, the Personal and Business Services segment reported surplus earnings before member dividends of $413 million, up $44 million or 11.9% from the same period of 2018. Most of this increase stemmed from a solid performance in the caisse network, mainly related to growth in net interest income, and lower expenses resulting from the winding down of Zag Bank’s operations, offset by an increase in the credit loss provision and a decline in trading income due to financial market volatility in 2019.

For the first nine months of 2019, surplus earnings were $1,209 million, up $266 million or 28.2% compared to the same period of 2018. This increase was largely due to the solid performance in the caisse network, mainly related to growth in net interest income, a decline in the credit loss provision and growth in payment and financing activities, offset by the profit related to the restructuring of Interac Corp. recognized in the first quarter of 2018 and a decline in trading income due to financial market volatility in 2019.

Net surplus earnings generated by the Wealth Management and Life and Health Insurance segment were $108 million for the quarter, down $66 million or 37.9% compared to the same period of 2018. This decline was primarily attributable to a less favourable claims experience on certain life and health insurance products and narrower interest margins compared to the third quarter of 2018.

For the first nine months of 2019, net surplus earnings were $430 million, down $281 million, and adjusted net surplus earnings(1) were down $152 million or 26.1% compared to the same period of 2018. In addition to the reasons given for the third-quarter results, this decrease was primarily due to lower gains on the sale of securities and real estate investments than in 2018.

For the first nine months of 2019, surplus earnings were $76 million, down $72 million compared to the first nine months of 2018. This decrease was due to smaller net gains on the sale of funds and shares compared to the same period in 2018, related in part to the rebalancing of certain portfolios, offset by a lower loss ratio, in particular due to a smaller impact from catastrophe and major event claims.

On June 20, 2019, Desjardins Group announced that some personal information of 2.9 million members had been shared with individuals outside the organization. This situation was caused by an ill-intentioned employee who has since been fired. Desjardins Group was not the victim of a cyberattack and its computer systems were in no way breached. In light of the situation, additional measures were put in place to protect the personal and financial information of all members and clients.

Desjardins Group sent a letter to the members affected by the privacy breach on June 20. It offered them, at its own cost, a credit monitoring service and identity theft insurance with Equifax for five years.

In addition, on July 15, 2019, Desjardins Group announced to all its members, not just those affected by the privacy breach, that they are now automatically protected against identity theft. This protection is available to both personal and business members, and includes the following:

Reimbursement of $50,000: Desjardins members may be reimbursed up to $50,000 for certain expenses related to identity theft, such as notary and legal fees and other expenses. Subsequently, on November 1, 2019, Desjardins Group announced it had been informed by the Sûreté du Québec that the privacy breach now appears to have affected all individual caisse members.

On November 4, Desjardins Group informed members that had not received a letter following the June 20 announcement about the matter via their AccèsD inboxes. Members that use AccèsD will receive an activation code enabling them to sign up for a five-year credit monitoring service from Equifax free of charge. Desjardins Group is currently working to find the best possible alternative for caisse members who do not use AccèsD.

The expenses related to costs incurred and the establishment of a provision for the implementation of these protections for our members totalled $70 million for the nine-month period ended September 30, 2019. The announcement on November 1, 2019 did not have a material impact on these expenses. Desjardins Group may periodically reassess this provision based on the circumstances.

As at September 30, 2019, over 1 million members affected by the situation were registered with the Equifax service and Desjardins Group did not observe a spike in fraud cases, either before or after the privacy breach was announced on June 20.

Changes to our merchants’ payment and financing activities

On October 31, 2019, Desjardins Group, through the Federation, announced it had signed a long-term partnership agreement with Global Payments, a company operating in the electronic payment sector. Under the new partnership, Global Payments will acquire Desjardins’s entire merchant portfolio, which is currently housed under the Monetico brand, for a total consideration of $400 million. The transaction is expected to close by April 2020, subject to obtaining the regulatory approvals and satisfying the usual closing conditions. Desjardins Group also announced it would gradually phase out in-store Accord D financing as from May 1, 2020. 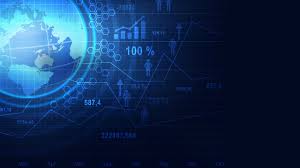