Transaction Creates One of the World’s Largest Cinema Companies

Cineplex Signs Definitive Agreement to be Acquired by Cineworld Group

TORONTO, ON–Cineplex Inc., one of Canada’s leading entertainment and media companies, today announced that it has entered into a definitive agreement with Cineworld Group, plc . With over 11,200 screensi around the globe, the proposed transaction will create one of the world’s largest cinema companies, providing Cineplex with scale and all the benefits associated with a global enterprise.

Cineworld Group will acquire all of the issued and outstanding common shares of Cineplex for $34 per share in cash, representing a premium of 42% to the closing price on the Toronto Stock Exchange (TSX) and a premium of 39% to the volume weighted average share price on the TSX for the 30 days ending December 13, 2019. The total transaction value is approximately $2.8 billion including the assumption of net debt. 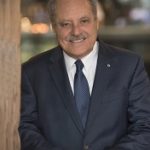 “Since Cineplex went public in 2003, we have been committed to delivering value to our shareholders. We believe this transaction today is both financially compelling and in our shareholders best interest,” said Ellis Jacob, President and CEO, Cineplex. “Cineworld Group shares our passion for entertainment and mirrors our commitment to delivering exceptional guest experiences through state-of-the-art technology. The entertainment industry continues to transform and we are pleased that through this agreement we are ensuring Cineplex is part of the next era of global entertainment.”

The transaction ensures that Cineplex’s business, particularly its network of 165 movie theatres across Canada, has access to the global opportunities required to compete effectively in an evolving entertainment landscape. Cineplex’s long legacy of supporting the Canadian entertainment industry and its partners in the arts, including support for film festivals, programs and industry events across Canada, will continue. The transaction also creates a new partner for the Canadian film industry to collaborate with, as Cineworld Group has extensive distribution and exhibition businesses outside of Canada.

The transaction is expected to close during the first half of 2020. The Arrangement Agreement includes a 7 week go-shop period, which permits Cineplex, with the assistance of its financial advisor, to actively solicit, evaluate and enter into negotiations with third parties that express an interest in acquiring Cineplex. The go-shop period expires on February 2, 2020. There can be no assurance that this process will result in a superior proposal. Cineplex does not intend to disclose developments with respect to the go-shop process unless and until the Cineplex board of directors makes a determination requiring further disclosure.

The Arrangement Agreement provides for non-solicitation covenants on the part of Cineplex and Cineworld Group, subject to customary ‘fiduciary out’ provisions.

Cineplex intends to continue paying its normal monthly dividends in the ordinary course through the payment which would be due on February 28, 2020 consistent with past practice. After such time, Cineplex does not intend to declare any further dividends.

The foregoing summary is qualified in its entirety by the provisions of the Arrangement Agreement, a copy of which will be filed on SEDAR at www.sedar.com. Cineplex will mail a Management Information Circular to its shareholders in connection with the special meeting to consider and vote on the transaction, copies of which will also be filed on SEDAR at www.sedar.com.

Fairness Opinion and Cineplex Board of Directors Recommendation
Cineplex’s board of directors, in consultation with its financial and legal advisors, has determined that the transaction is in the best interest of Cineplex and is fair to shareholders and unanimously recommends that shareholders vote in favour of the transaction. Cineplex directors and senior officers have entered into voting support agreements with Cineworld Group pursuant to which, among other things, they have agreed to vote all of the shares owned or controlled by them in favour of the arrangement. Scotiabank has provided its opinion to the board that the consideration to be received by Cineplex shareholders pursuant to the agreement is fair from a financial point-of-view.

Proudly recognized as having one of the country’s Most Admired Corporate Cultures, Cineplex employs approximately 13,000 people in its offices across Canada and the United States. To learn more visit Cineplex.com or download the Cineplex App.

About Cineworld Group
Cineworld Group plc was founded in 1995 and listed its shares on the London Stock Exchange in May 2007. The company has grown through expansion and by acquisition to become the second largest cinema chain worldwide, holding the number one or number two position by number of screens in each of its regions. As of 1 December 2019, Cineworld operated 9,498 screens across 786 sites in the US, UK, Ireland, Poland, the Czech Republic, Slovakia, Hungary, Bulgaria, Romania and Israel.

Flexiti to be acquired by CURO, forging a strategic partnership