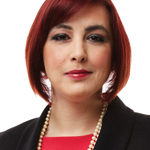 Most compliance professionals first hear about cryptocurrencies, like bitcoin, and blockchain projects in terms of risk. Questions then arise: from whether these products can be used to launder money and finance terrorism (yes, as can every other payment method, but they aren’t great for this purpose), to whether or not it’s prudent to expose personal information on a public blockchain (it isn’t).

Nonetheless, there is a massive potential for both good and malfeasance. As a result, the Financial Action Task Force or FATF has recently issued guidance related to anti-money laundering (AML) for virtual assets and virtual asset service providers.

While bitcoin wasn’t the first cryptocurrency, it may have been the first to garner something resembling longevity and widespread adoption. Two of the most common questions that I hear from the “traditional” financial world about bitcoin are why any Canadian use would it, and whether it is only useful for criminal enterprises.

Why use or accept bitcoin?
On the first question, it’s important to set the stage. When I’m making or receiving payments within Canada, in Canadian dollars, I generally have a lot of choice. The banking system is stable and connected. Snafus happen from time to time, but they get sorted out. This is all true: but in each of those instances, I am relying on “trusted” third parties to complete my transactions and hold my funds. For anyone who has escaped an oppressive regime or survived the type of economic event where funds are seized or otherwise disappear from bank accounts, there will be a degree of discomfort in trusting any third party entirely. While Canada’s economic system is relatively stable and well-regulated, this discomfort remains. The ability to have financial sovereignty, and to complete transactions without intermediaries, is a significant part of Bitcoin’s value proposition.

Beyond Canada, different payment challenges emerge, even within G-20 countries. Paying a vendor, even a vendor using the same bank in another country, can be expensive and arduous. Now imagine that instead, you could pay that vendor directly. Imagine that once that transaction is confirmed on the blockchain (a public ledger that can be verified by anyone), it is complete and irreversible. Imagine that this process generally takes less time than it takes to brew a pot of coffee, regardless of the amount that is sent. Imagine that the fees to send a transaction are a fraction of what you would pay to send a wire via a bank.

This is how Bitcoin has been operating. It is the most hassle-free way that I’ve experienced to handle international settlements: even when accounting for learning about security, the technical jargon and bitcoin’s price fluctuations.

The dark web of payments?
Now, let’s get to the second question: aren’t bitcoin and other cryptocurrencies just hotbeds for crime? We’ve all read about sites on the dark web selling everything imaginable.

Powerful investigative tools have been developed and are being used by law enforcement and cryptocurrency exchanges. Although Bitcoin’s blockchain can be seen by anyone, names and other personal information are not generally attached to transactions. It is possible to see that the transaction happened, but it takes a bit of work to figure out who the transaction belongs to.

Another important note is that transactions on Bitcoin’s blockchain are immutable. This means that they cannot be altered or erased. Taken together, this is bad news for criminals that think of bitcoin as being an anonymous and untraceable way to move value.

Clear guidance is needed
Nonetheless, there are real compliance challenges. Regulations that will see “dealers in virtual currency” regulated as money services businesses in Canada has just been published and will come into force in 2020. While many Canadian exchanges have already put compliance programmes and other controls in place, this is not always the case. Moreover, some of the tokens that have been traded on exchanges have been deemed to be illegal securities offerings (although most Canadian exchanges have been relatively conservative and have not offered this type of product). There are some fascinating problems (such as clear custody, auditing and fractional shares) that can be addressed, in part, through the issuance of blockchain-based tokens.

For companies dealing in the cryptocurrency space and those that serve them, clear guidance from regulators is key to maintaining the thriving and innovative industry that is emerging in Canada. In some cases, this may include the adaptation of existing regulations, as with AML, or the creation of new regulations (securities regulations requiring many layers of custody doesn’t make sense for fully traceable digitally-native asset classes). It may also entail the enforcement of existing legislation.

In any event, it will be important to bring all stakeholders to the table to engage in meaningful dialogue.

Adopting FinTech to help others