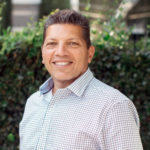 Today’s gaming industry has evolved dramatically over the past few years. According to the 2019 Newzoo Global Games Market Report, the global gaming economy is a major industry with over $150 billion in gaming revenue and an 11 per cent annual revenue growth.

With that growth comes great opportunity. With more than 2.5 billion gamers around the world, the gaming ecosystem is approaching a market share comparable to that of professional sports. PwC predicts annual revenues in the Canadian online gaming industry to be $40 million with a compound annual growth rate (CAGR) of 22.7 per cent over the next five years. This points to an incredible potential for paid monetization of gaming content that remains untapped by many businesses and markets.

This explosive growth, in large part, is due to the industry’s diverse audience base. Most people still picture the average “gamer” as a pre-teen holed up in their parent’s basement. However, according to PayPal Canada’s Global Gaming Insights report, Canadian gamers are an average age of 35 years old and more than half of them (55 per cent) are women.

A critical point: these gamers aren’t afraid to spend. At PayPal, we are part of the solution for both consumers and businesses in the gaming world. In fact, gaming accounts for more than $12 billion in our total payment volume globally, an increase of more than 23 per cent year-over-year in 2017. Across the world, people use PayPal as their preferred way to pay for gaming content, with ease of use and speed driving their payment method choice.

Console versus mobile
The landscape of gaming is changing in terms of platform preference too. 20-30 years ago, the gaming experience was restricted solely to a console. Now, gamers in Canada play across an average of three devices and more than half (66 per cent) play games most often on mobile devices. According a study by ACI and Newzoo, What Turns Players into Payers, mobile gaming alone is expected to become a $100 billion industry by 2021.

So, why is mobile so popular? 86 per cent of Canadians own a mobile device, according to the Consumer Technology Association, but convenience plays a critical role. Gamers have constant access to their mobile phones, enabling them to be able to jump in and out of the games throughout the day. Whether they’re playing Pokémon Go while commuting to work or getting in their daily Fortnite fix, mobile gaming can be accessed anywhere and at any time.

The uptick in mobile gaming creates a whole new audience of players who don’t necessarily identify as gamers at home playing on an expensive console but may instead spend hours on a mobile game that isn’t expensive to buy. Of the gamers surveyed by PayPal, mobile gamers skewed heavily female (71 per cent) opening this traditionally male-dominated sector up to greater diversity.

Where gamers shop
Globally, active paying gamers shop across 14 different gaming platforms and nearly 30 different storefronts over the last three months, an incredible variety. Data from our Global Gaming Insights reveals that respondents in Canada and Australia purchased games from 28 different gaming storefronts, followed by Russia (27) and the U.S. (26).

The most popular online gaming storefronts selected by Canadian gamers were Google Play (30 per cent), Steam (26 per cent), Apple App Store (26 per cent) and PlayStation Network (25 per cent). Steam was resoundingly popular with Millennials, with 35 per cent of Canadian Millennials and 31 per cent of global Millennials reporting they shopped there for gaming content. Twitch, the online gaming platform, is also gaining popularity with Canadians with 29 per cent of gaming video content (GVC) viewers in Canada watching it, versus a global average of 21 per cent.

Making paying seamless
As the gaming industry continues to evolve, it gives the payments industry an opportunity to continue to serve up seamless and innovative payments to players. Payment processors, platforms, storefronts and games have an opportunity to establish strong brand loyalty within the gaming community by creating an easy payment process: something gamers unanimously identified as critical to the overall online gaming experience.

While gamers prefer a variety in options for shopping, seamless payment experiences at every level are critical for the ecosystem to thrive. Many gamers are put off by issues like long or cumbersome checkouts and lack of security. Specifically, women and gamers aged 18-34 are most likely to be affected by poor checkout experiences. Given that women make up nearly three-quarters of the Canadian mobile gaming demographic, reducing payments friction could lead to a significant uptick in conversion rates. This could involve bypassing unnecessary steps in online sales, such as selecting payment options, entering billing addresses and entering credit card details.

Gaming monetization presents a huge opportunity for businesses. Often, the purchase of a game is just the beginning of a longer monetization journey. In-app payments, accessories and pay-and-play models are ripe opportunities for recurring revenue along this journey. 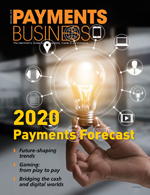