As NFTs Storm the World, Digital Identity Security Must Scale Alongside the Trend 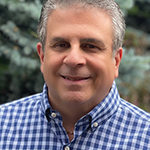 While you may not know what an NFT (Non-Fungible Token) actually is, or why the trend caught fire so rapidly that it effectively reshaped the digital world in merely a matter of weeks, but you’ve probably heard some rumblings about the digital artwork that recently sold for over $69 million or the fact that Twitter founder, Jack Dorsey, sold a digital copy of his first tweet for $3 million. It is estimated that in the first quarter of 2021 alone, there were over $2 billion in NFT transactions!

With margins like that, it may be getting clearer.

Essentially, NFTs are unique, non-interchangeable digital items that can be bought and sold online, with ownership attached to and tracked by blockchain technology. In actuality, an NFT can be any kind of digital asset, including drawings, animated GIFs, songs, memes, photographs — you name it and can, in some cases be connected to a physical good in the real world. As the explosive popularity of NFTs continues to grow, their future will potentially hinge upon increased security through items like verifiable credentials and provable digital identity.

So, what is it that makes NFTs work in today’s environment?

Millennials and Gen Z’ers are not hoarders: Younger generations see value in NFT ownership because, typically, they are minimalists. They place much less value on accumulating tangible things and physical properties than previous generations. If you tell them about your robust CD or DVD collection, they’ll look at you like you’ve just asked directions to the nearest payphone. (What they’re really thinking: Why would anyone feel the need to own a physical pile of recordings, when all the music that’s ever been recorded is available to stream instantly for a relatively low monthly fee?) Millennials don’t want to have to invite friends over to their place just to show off how/where they’ve stored a one-of-a-kind, signed Billie Eilish photo. They want to be able to whip out their phone and say, “Check this out.”

NFTs are highly collectible: An NFT can either be a one-of-a-kind item (like a digital version of a real-life painting) or one copy of many (like trading cards). Either way, an NFT’s potential scarcity is supported by their record on the blockchain. Several weeks ago, the blockchain company Injective Protocol created one of the world’s most sought-after NFTs by purchasing a Banksy painting “Morons (White)” for $95,000. They then proceeded to literally burn it live on Twitter. After the incineration, the company created an NFT of the burnt painting, which was auctioned and sold for over $394,000 on the Open Sea NFT marketplace. The purpose of burning the artwork was so that the NFT would be valued more highly than it would be if the physical artwork still existed.

Markets for spending cryptocurrencies are insufficient: A huge factor at play in the price of NFTs is that there currently aren’t many markets where people can spend their cryptocurrencies. Aside from converting crypto into fiat currencies (like the dollar or the euro), you can’t currently buy a Starbucks Frappuccino with Bitcoin However, the ability to purchase NFTs with one’s cryptocurrency of choice gives many HODLers (also so known as crypto investors who buy and hold their positions regardless of price; the term originated with a typo for “hold.”) the opportunity to speculate further and leverage their Bitcoin or Ethereum by purchasing dynamic, culturally relevant collectibles that might also grow in value over time.

That said, the true question at hand then becomes: How secure is my NFT ownership, really?
While we watch NFTs continue to blaze through our cultural consciousness, we must also witness a mutual rise in the digital identity and verification protocols necessary to sustain the legitimacy, scarcity and ownership information for each NFT. The truth is, NFTs are only as secure as the platform that they are stored on, both of which have historically proven to be highly susceptible to breaches, hacks or leaks. Soon, we will be able to store NFTs on blockchain-based registries, but the digital world needs a more secure solution today. While edge wallets offered by device manufacturers are popular, they are neither self-sovereign nor Cloud-based. Rather, they reside on the device that is managed by the user, but ultimately controlled by manufacturer or system software provider. If the phone gets lost or stolen, the contents of the digital wallet could be effectively lost also unless there is a backup. The trick is to make your NFTs secure while also allowing access to them safely and on multiple platforms. One way of doing this is through digital identity security solutions that utilize the latest advances in biometrics, thereby ensuring that only the owner has access to their NFTs.

Another inherent limitation to NFTs, is that in most cases, they are only viewable via the platform on which you bought them — so if you buy NFTs on 20 different platforms, you probably have to view them on 20 different websites or portals (although technologies are improving to change that) and just as NFTs are not interchangeable, most are not interoperable across platforms. By integrating augmented reality into the file, you can potentially solve some of these issues and enable your NFT to be displayed in other places and other ways around the world. Presumably, you could even make your digital artwork a virtual background during Zoom calls or project the image onto a building or the wall of a museum. The possibilities for AR-enhanced NFTs are actually limitless.

Ten predictions for the Payments Industry in 2030

With Work-at-Home agents on the rise, here’s how to secure payments

Fraud, Financial Crimes and the Impact of COVID-19

Five Treasury Trends to Watch in 2021